The Pen of A Ready Artist!

Some or all of the drawings, photos, and information contained on this website were pulled from various URL's on the 'World wide Web'.    TheArtistLeague therefore bestows credit for postings and all related material which are copywritten cited or uncited.

Kunoichi (くノ一?) is the term for a female ninja[1] or practitioner of ninjutsu (ninpo).[2]. Kunoichi have been supported through many forms of media such as games,s movies and books. They are generally regarded as more agile than their male counter parts, the Ninja.

The term is thought to derive from the names of characters that resemble the three strokes in the kanji character for woman (女, onna?); said in the order they are written: ku (く) - no (ノ) - ichi (一). Early literary quotes include Enshū Senkuzuke Narabi Nihyaku In (遠舟千句附并百韵?) (1680) as well as Maekuzukeshū (前句付集?) (1716), which specifically associates the word with the kanji 女 supporting the etymology of being overpowered. The "くノ一" writing requires the use of one character from each Japanese system of writing[3] — first hiragana, then katakana, then kanji. While hiragana and kanji can exist in the same word, katakana generally cannot appear in conjunction with the others. There are exceptions to this, for example in "ゴミ箱" and "消しゴム".

A popular etymology would derive the term from 九能一 (能 "nō" : talent) with Japanese numbers "ku" (九) for "nine", the particle "no" (の) for "and" and "ichi" (一) for "one", literally translated to "nine and one". The meaning for this name is derived from the number of orifices on a female body. A male has nine, a female has one more (vaginal opening) and possesses the skills to make use of this orifice as well. Another theory asserts that the term is apocryphal and coined in the writings of Ninpōngo novelist Futaro Yamada.[4] 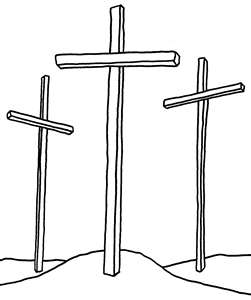 ArtistLeague.webs.com would like to dedicate this website to our Japanese friends. This is a memorial to remember all of the innocent lives that were lost doing wars and natural disasters in Japan and abroad. Thank you for your sacrifices, " You Are Honored " -.-.

A sword is a bladed weapon (edged weapon) used primarily for cutting or thrusting. The precise definition of the term varies with the historical epoch or the geographical region under consideration. In the most narrow sense, a sword consists of a blade with two edges, a hilt, and a crossguard. But in some cases the term may also refer to weapons without crossguard, or with only a single edge (backsword).

Towards the end of its useful life, the sword served more as a weapon of self-defense than for use on the battlefield, and the military importance of swords steadily decreased during the Modern Age. Even as a personal sidearm, the sword began to lose its preeminence in the early 19th century, paralleling the development of reliable handguns.[49]

However, swords were still used in combat, especially in Colonial Wars between native populations and Colonial Empires. For example, during the Aceh War the Acehnese Klewangs, a sword similar to the machete, proved very effective in close quarters combat with Dutch troops, leading the Royal Netherlands East Indies Army to adopt a heavy cutlass, also called klewang (very similar in appearance to the US Navy Model 1917 Cutlass) to counter it. Mobile troops armed with carbines and klewangs succeeded in suppressing Aceh resistance where traditional infantry with rifle and bayonet had failed. From that time on until the 1950s the Royal Dutch East Indies Army, Royal Dutch Army, Royal Dutch Navy and Dutch police used these cutlasses called Klewang.[54][55]

British Major Jack Churchill (far right) leads a training exercise, sword in hand, in World War II.Swords continued in use, but were increasingly limited to military commissioned officers' and non-commissioned officers' ceremonial uniforms, although most armies retained heavy cavalry until well after World War I. For example, the British Army formally adopted a completely new design of cavalry sword in 1908, almost the last change in British Army weapons before the outbreak of the war.[56] At the outbreak of World War I, in August 1914, infantry officers in all combatant armies still carried swords as part of their field equipment. The high visibility and limited practical use of the weapon however led to it being abandoned within weeks, although most mounted cavalry continued to carry sabres throughout the War. In China troops used the long anti-cavalry Miao dao well into the Second Sino-Japanese War. The last units of British heavy cavalry switched to using armoured vehicles as late as 1938. Swords and other dedicated melee weapons were used occasionally by many countries during World War II, but typically as a secondary weapon as they were outclassed by coexisting firearms.[57][58][59]

The production of replicas of historical swords originates with 19th century historicism.[60] Contemporary replicas can range from cheap factory produced look-alikes to exact recreations of individual artifacts, including an approximation of the historical production methods.

Some kinds of swords are still commonly used today as weapons, as a side arm for military infantry. The Japanese katana, wakizashi and tanto are carried by some infantry and officers in Japan and other parts of Asia and the kukri is the official melee weapon for India. Other swords in use today are the sabre, the scimitar, the shortsword and the machete.[60]

In the 2011 Libyan Uprising, some rebels have been seen armed with swords as either primary or secondary weapons.

In years past, the mountains of Wudang were known for the many Taoist monasteries to be found there, monasteries which became known as an academic centre for the research, teaching and practice of meditation, Chinese martial arts, traditional Chinese medicine, Taoist agriculture practices and related arts. The Wudang Mountains (simplified Chinese: 武当山; traditional Chinese: 武當山; pinyin: Wǔdāng Shān, pronounced [ùtɑ́ŋ ʂán]), also known as Wu Tang Shan or simply Wudang, are a small mountain range in the northwestern part of Hubei Province of People's Republic of China, just to the south of the city of Shiyan.

The Eight Immortals (Chinese: 八仙; pinyin: Bāxiān; Wade–Giles: Pa-hsien) are a group of legendary xian ("immortals; transcendents; saints") in Chinese mythology. Each Immortal's power can be transferred to a power tool (法器) that can give life or destroy evil. Together, these eight tools are called "Covert Eight Immortals" (暗八仙 àn ~). Most of them are said to have been born in the Tang Dynasty or Song Dynasty. They are revered by the Taoists, and are also a popular element in the secular Chinese culture. They are said to live on a group of five islands in the Bohai Sea which includes Penglai Mountain-Island.

Immortal Woman He (He Xiangu),

New drawings and pictures will be loaded daily at 'The Artist's League website!

Stay tuned for more upload and cool widgets scheduled to debut on this site!

Artist will be joining " The Artist's League's webiste from all over the globe! remember to show respect and introduce yourselves properly if your are chatting or if you are in the forums.